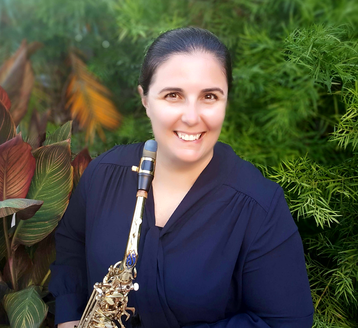 Saxophonist and conductor, Dr. Jennifer Bill has performed in Asia, throughout Europe and the United States.  She performs solo and chamber music with a variety of groups including BRUSH|REED, Pharos Quartet, J.E.Y., and ēmergere.  As a conductor she currently leads the Boston University Concert Band. Dr. Bill is a Selmer Artist.
​
A versatile saxophonist, Dr. Bill has performed contemporary chamber music with a diverse group of artists including vocalists, clarinetists, cellists, flutists, violinists, taped media, percussionists, wind quintet, and dancers.  Currently she is working with visual artist Linnea Maas in the experimentation of the auralvisual in a collaboration named BRUSH|REED.  BRUSH|REED has performed in Hong Kong, Scotland, and the USA.  Dr. Bill has participated in numerous world premieres for saxophone including most recently Thinking in Four Places by Justin Casinghino, Faustus: a SaxOpera by John Plant as part of World-Wide Concurrent Premieres, Greenwich Village Portraits by David Amram as part of World-Wide Concurrent Premieres, Canciones Andinas by Michael C. Kregler, A deep clear breath of life by John Plant, Fantasia on the Theme of Plum Blossom by Shih-Hui Chen as part of World-Wide Concurrent Premieres, and Two Reflections on Poems by Anne Sexton by Michael C. Kregler.  She has been a guest soloist with the Boston University Wind Ensemble, the BUTI Wind Ensemble, the Hong Kong Wind Ensemble, the Rhode Island College Wind Ensemble, and the Northeastern University Wind Ensemble.  She has participated in national and world conferences including the World Saxophone Congress, the North American Saxophone Alliance national conference, and the North American Saxophone Alliance regional conference. 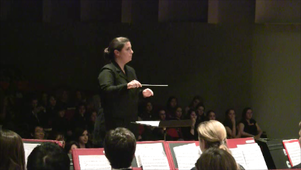 As a conductor Dr. Bill currently leads the Boston University Concert Band and is an active clinician throughout New England. She previously led the Providence College Symphonic Winds from 2009-2017.  Dr. Bill conducted the NYSBDA honor band and the NYSCAME/SCMEA All-County Honor Band in 2018, led the BU Concert Band in a tour of Ireland in May of 2015 with performances in Dublin, Galway, Killarney and Macroom, was a guest conductor with the Hong Kong Wind Ensemble in May of 2014, and in May of 2011 led the PC Symphonic Winds in a tour of Italy with performances in Napoli, Maiori, and Monte Porzio Cantone (Roma).

A dedicated educator, Dr. Bill has given masterclasses at universities in China, Hong Kong, Scotland, and throughout the United States.  Dr. Bill is currently faculty at Boston University (saxophone, chamber music, director of concert band), performance faculty at Boston College (saxophone), applied faculty at Rhode Island College (saxophone), adjunct professor of saxophone at Stonehill College, and adjunct professor of music at Pine Manor College.  She is the saxophone instructor, wind ensemble coordinator, and assistant director of the saxophone workshop for the Boston University Tanglewood Institute.  She serves on the Board of Directors for World-Wide Concurrent Premiers and Commissioning Funds, Inc.  Dr. Bill is also the sole organizer, director and officer of Music Performance & Education, Inc.